The original RadRunner 1 still featured the same reliable 750-watt motor, brakes, and battery (14 Ah) found on most other Rad Power Bikes models at the time. It truly was a great value-priced ebike. So when the RadRunner 2 was released, I was expecting a still attractive price point even as ebikes broadly have increased since the pandemic.

So what’s changed? Firstly, the saddle has been upgraded which is great news as it demonstrates Rad Power Bikes is listening to their customers. This was the number one complaint I read about the RadRunner 1 with many opting to upgrade their saddle (and seatpost due to the unique nature of the saddle). The new seat provides 15 mm of additional padding.

Secondly, the head tube angle has been adjusted to increase stability. As a result, the handlebars are also closer to the rider to improve comfort. The difference is subtle if you look at the comparison below between the RadRunner 1 and RadRunner 2. 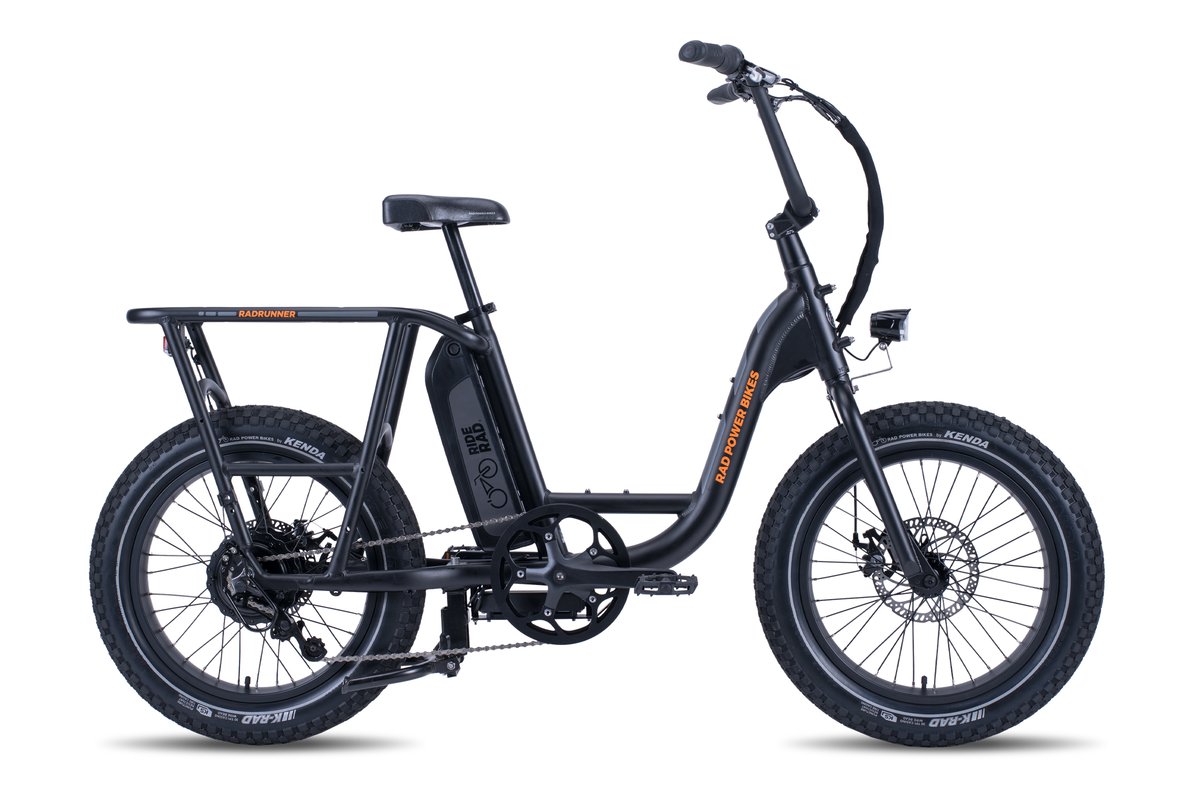 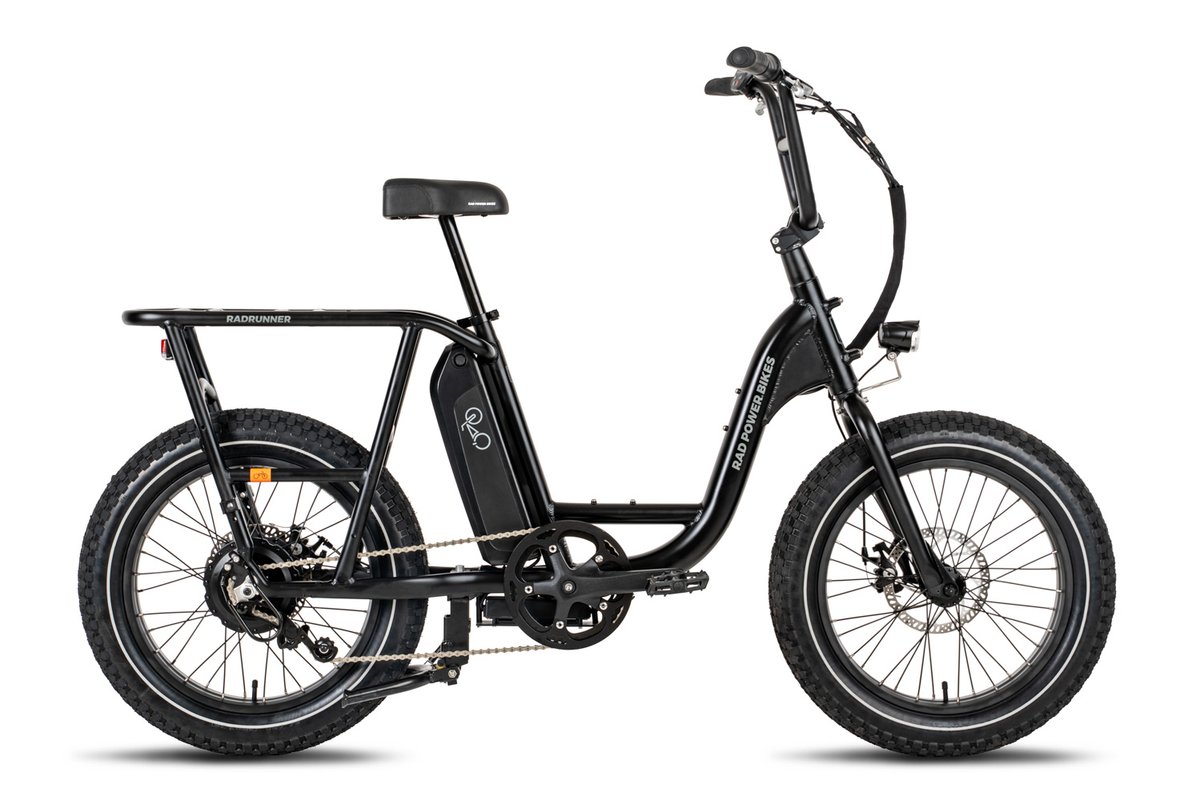 Besides those two changes, the RadRunner remains largely the same. It’s still a single-speed, comes with integrated lights, and allows for tons of customization with accessories. It’s still offered in forest green and black but the Rad decals and branding have changed ever so slightly. You still get the LED control screen as opposed to the LCD screen found on all other models save for the RadMission. On the EU model, PVC fenders come standard. See the full RadRunner 2 specs on the Rad Power Bikes website.

RadRunner 2 vs RadRunner Plus

Namely the 7-speed drivetrain and the suspension fork. But you also get full fenders, a passenger package, LCD display, and finally the premium headlight which looks cooler but is only slightly superior to the one that comes standard. On the other hand, you still have the thinner seat on the RadRunner Plus which we expect will be upgraded to the more plush seat in the next generation.

Still, many will appreciate the extra gears, particularly when climbing hills. The RadRunner Plus’ front suspension also makes a big difference if riding over rough terrain. The other extras in our book are just icing on the cake, especially if you intend to use the passenger package or need protection from wet roadways. 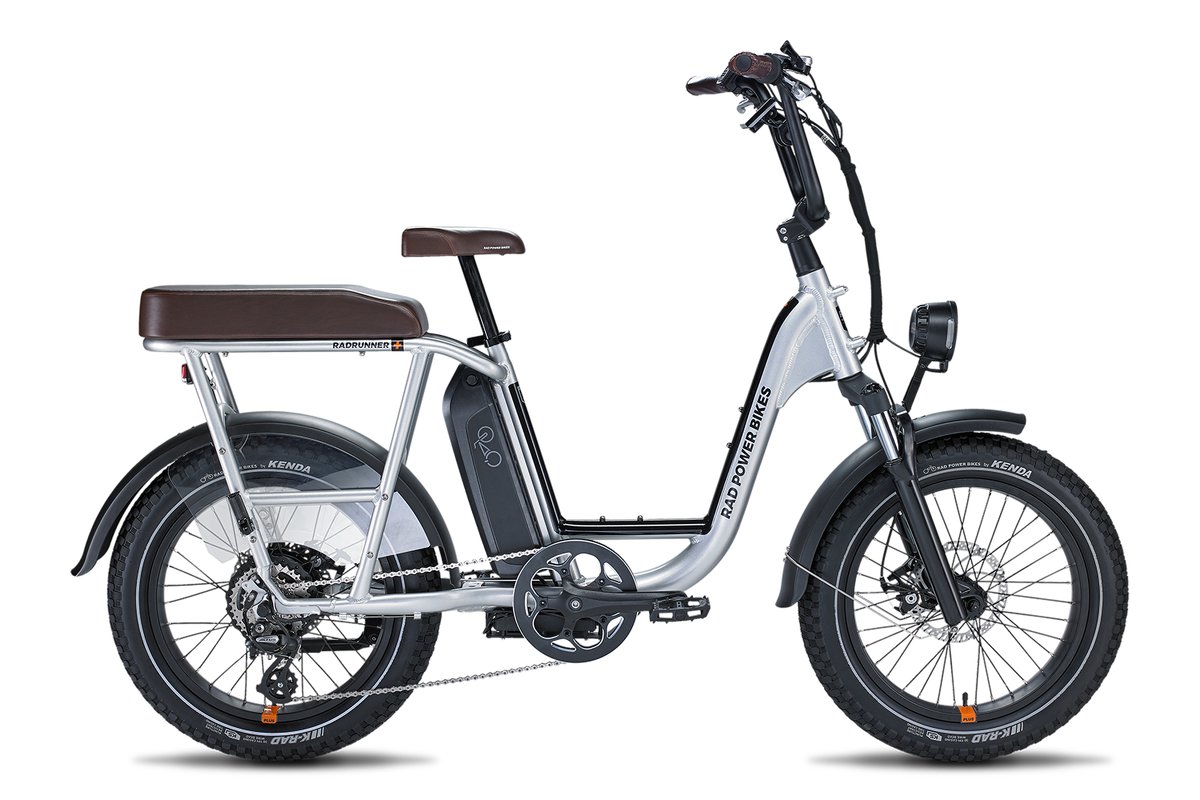 Something that makes the RadRunner platform special is the immense amount of accessories. Rad touts 330 accessory combinations but all you need to know is that you can really customize this ebike to suit your needs. Racks, baskets, panniers and even a center console can be added to maximize cargo capability.

From our perspective, the RadRunner 2 really shines when you put the rear rack to use. The passenger bars are available for $79 and the passenger package seat (with pegs!) is $99. If you have younger children like us, the Thule Yepp Maxi child seat is a must (also available on Amazon). It is plug-and-play with the “window” located on the rear rack of the RadRunner 2. Check out the full accessories compatible with the Rad Power Bikes RadRunner.

Our Take on the RadRunner 2

There is no question that the RadRunner 2 only offers incremental changes over the RadRunner 1. But this is maybe a sign that Rad really got it right the first time. After all, the RadRunner 1 quickly became one of the more popular models and it is easy to see why. We still have yet to see another ebike company come out with something as versatile as the RadRunner.