Himiway Zebra vs. Cruiser $200 off 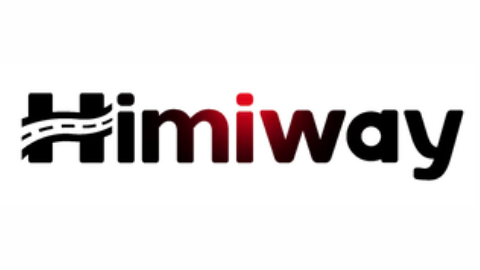 Himiway’s first ebike was the Cruiser which allowed the company to establish a footing in the ebike market. It boasts a larger than average 48V 17.5 battery, powerful motor and mechanical disc brakes. At the $1,399 price point with both step thru and high step variations, it offers more than most fat tire ebikes. But the initial cruiser left something to be desired for some riders. Enter, the Himiway Zebra high-step and step-thru.

Yes, the Zebra is still a fat tire ebike with a twist throttle but that’s really where the similarities end. Himiway went back to the drawing board and did a nice job with the design of the Zebra high step and step-thru models. (Our Zebra review and Zebra range test) Most notably, the battery increased to an integrated 20Ah pack, it received hydraulic disc brakes, an improved motor. In addition, the Zebra frame is 400 lbs compared to the 350 lb capacity on the Cruiser. It undoubtedly is more stylish and accessible due to its true step-thru frame. At $200 off both ebikes the are a great value for a full-size fat tire ebike. Final prices will be $1,399 for the Cruiser and $1799 for the Zebra using our coupon code above.

Maybe your tastes are a bit different. The Himiway Escape Pro and Himiway Big Dog ebikes are similar in that they are both 20″x4″ fat tire ebikes but there are key differences shoppers need to be aware of. For one the Himiway Escape Pro is a moped-style ebike. What this means is that the seating position is fixed with no adjustability. For some, this is the riding position they prefer. However, those that like to pedal should realize they won’t be able to get full leg extension. The Escape Pro comes with a large 17.5Ah battery, mechanical disc brakes, front and rear suspension, a small rear rack, and a moped-esque seat.

The Himiway Big Dog is the Himiway model I’d recommend most for shorter riders (see our Big Dog review). It offers seat adjustability which will allow you to more efficiently and comfortably pedal the bike. It offers a large rear rack, and the bike has a large payload capacity of 400lbs. It also has better hydraulic disc brakes and a larger 20Ah battery.

Our recommendation here comes down more so on the riding experience. Don’t plan to pedal? The Escape Pro is going to be a fun ebike for cruising. Going to share the bike or like to get full leg extension then the Big Dog is the better option and offers some better specs as well. Final prices will be $1,599 for the Cruiser and $1799 for the Big Dog using our coupon code above.

$250 Off the Himiway Cobra
Go to Offer

The Himiway Cobra and Cobra Pro share similar names but these ebikes are quite a bit different spec-wise. It’s best to compare the Cobra to a full-suspension version of the Zebra. The Cobra does have wider 4.8″ wide tires and is offered in a Forest Cobra colorway but it has the same hub motor and similar components. However, it’s undoubtedly a more capable off-road machine with the addition of the rear suspension.

The Cobra Pro is catered to the maximalist ebike enthusiast. The biggest difference is the mid-drive motor and it’s the only mid-drive Himiway model. Sporting the tried and true Bafang M620 motor, the Cobra Pro puts out 1000 watts of power with up to 1300 watts of peak power. The torque spec is 160 nm. You’ll also find a matching Bafang color LCD in the cockpit. And yes, it still has a left hand throttle at the ready.

Other notable difference on the Cobra Pro is the 10 speed drivetrain though we are unsure of the make and model of the shifter and derailleur at time of writing. The front suspension has also been swapped out for a higher quality air suspension fork. Final prices will be $2,149 for the Cobra and $3,699 for the Cobra Pro using our coupon code above.